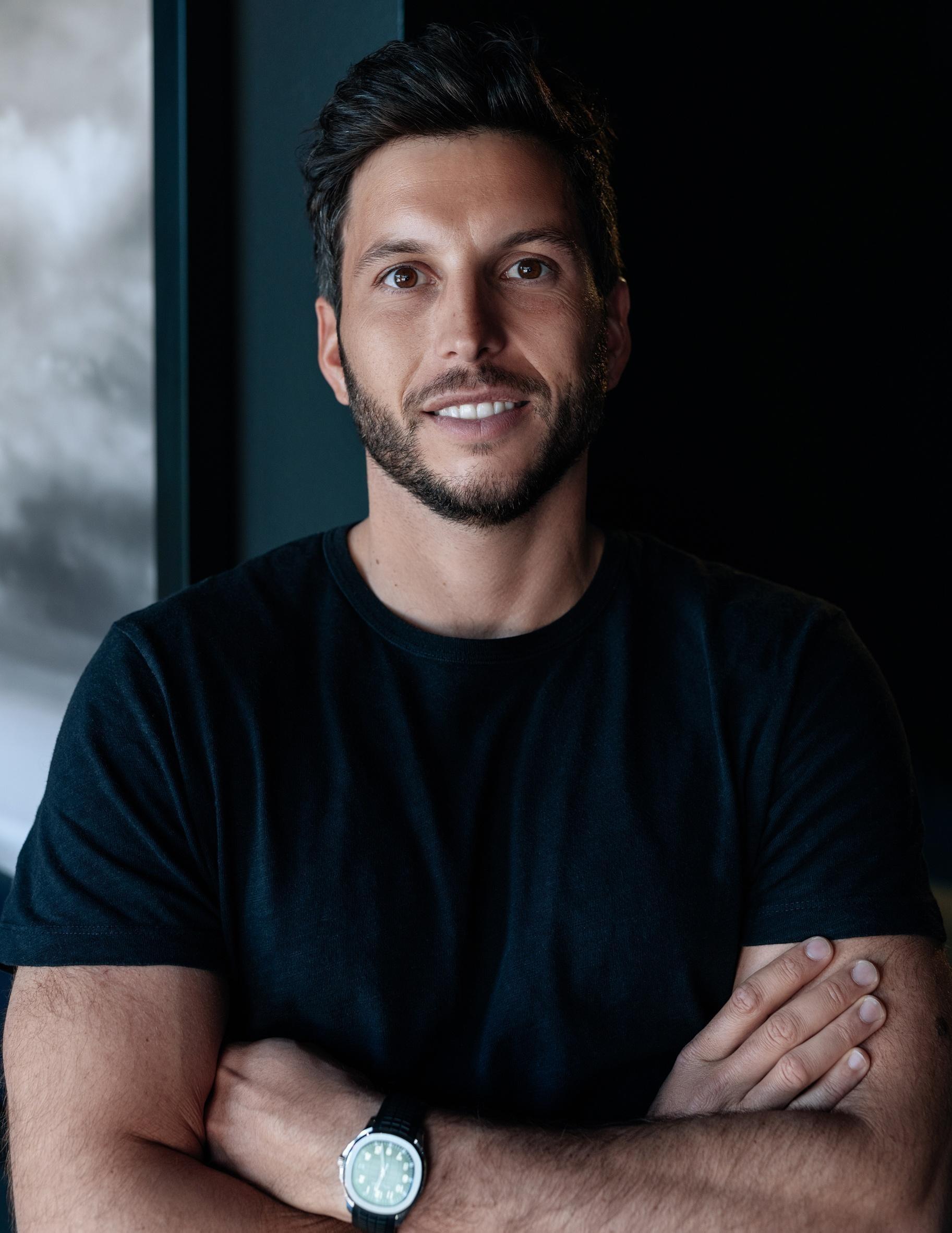 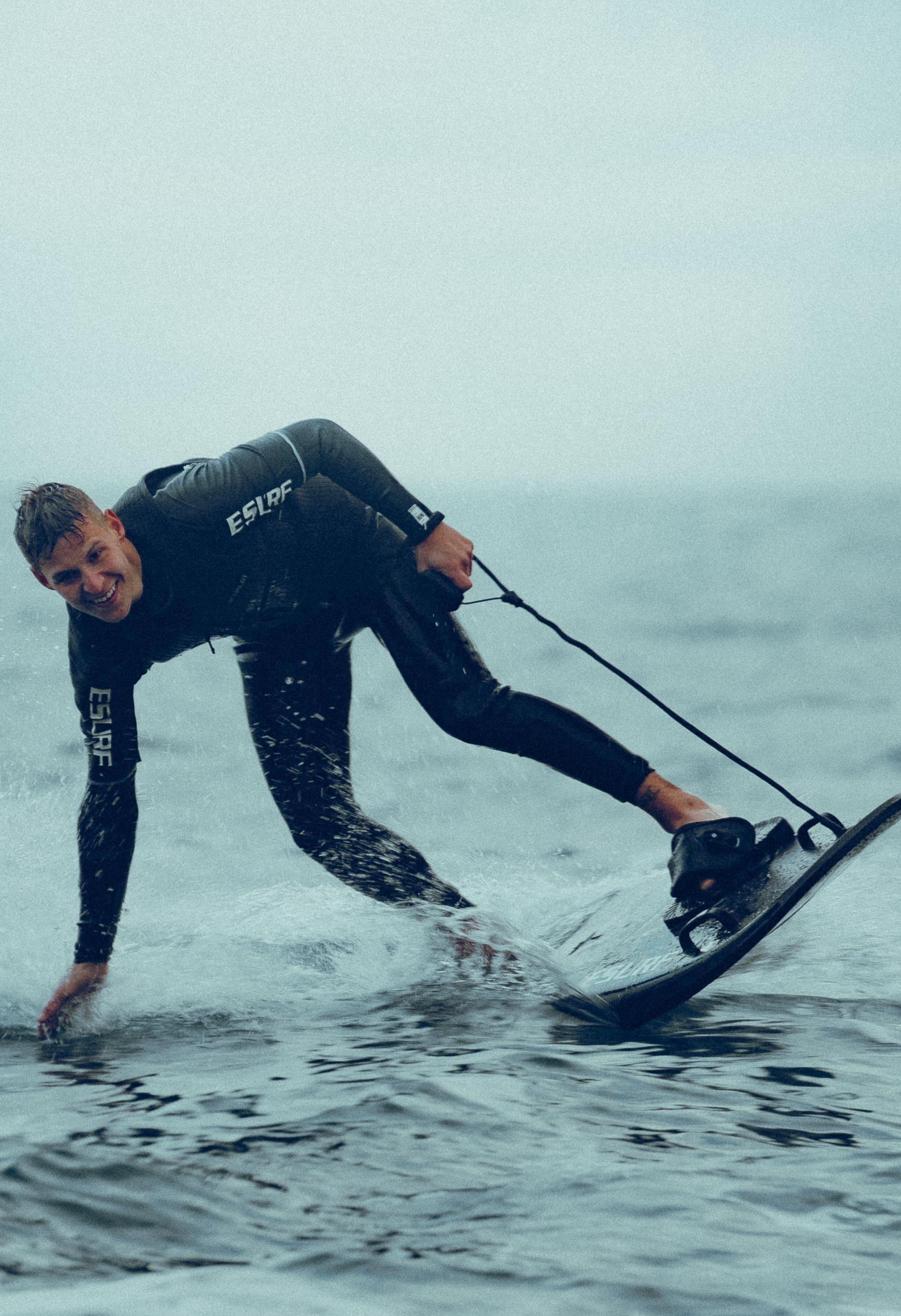 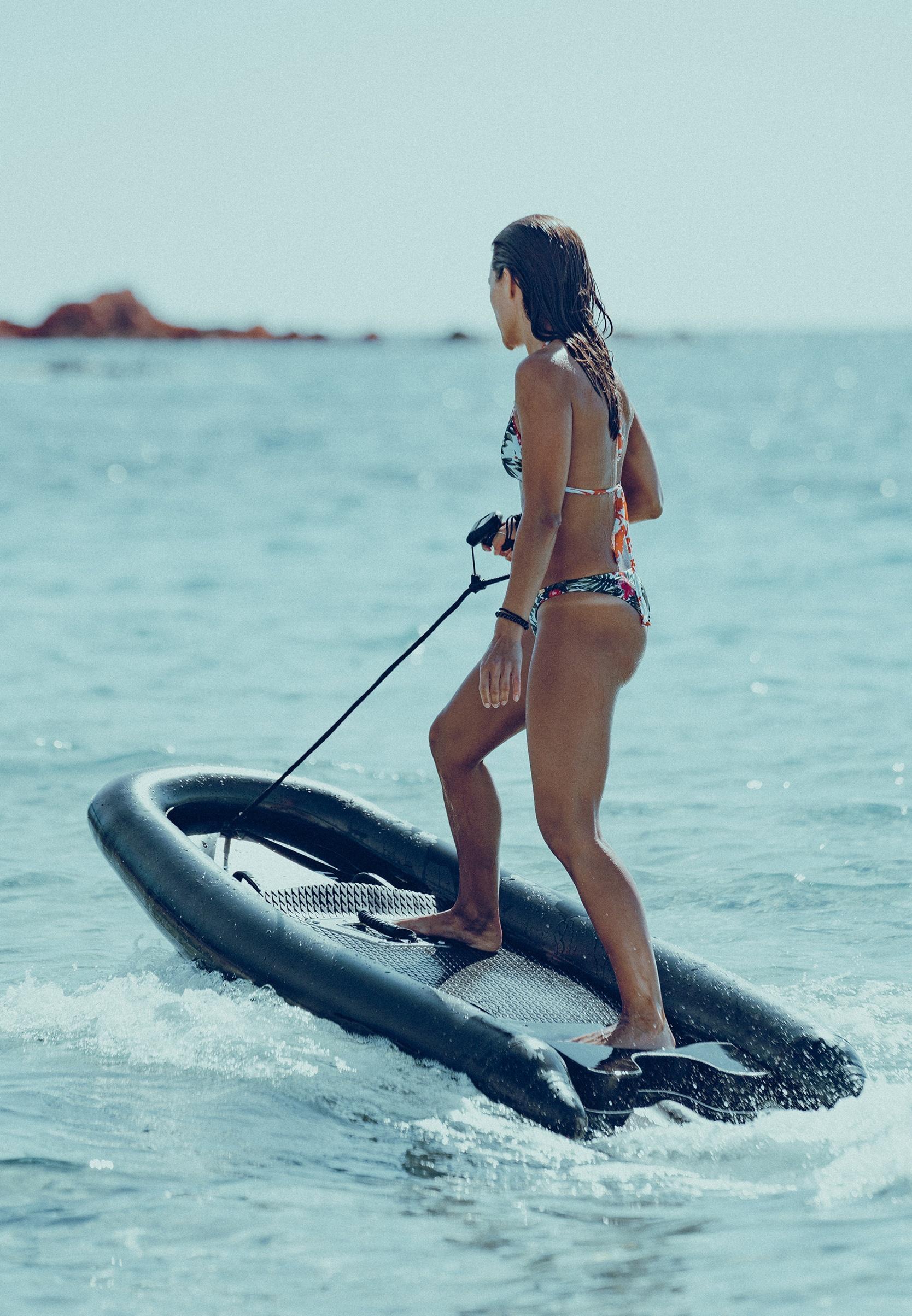 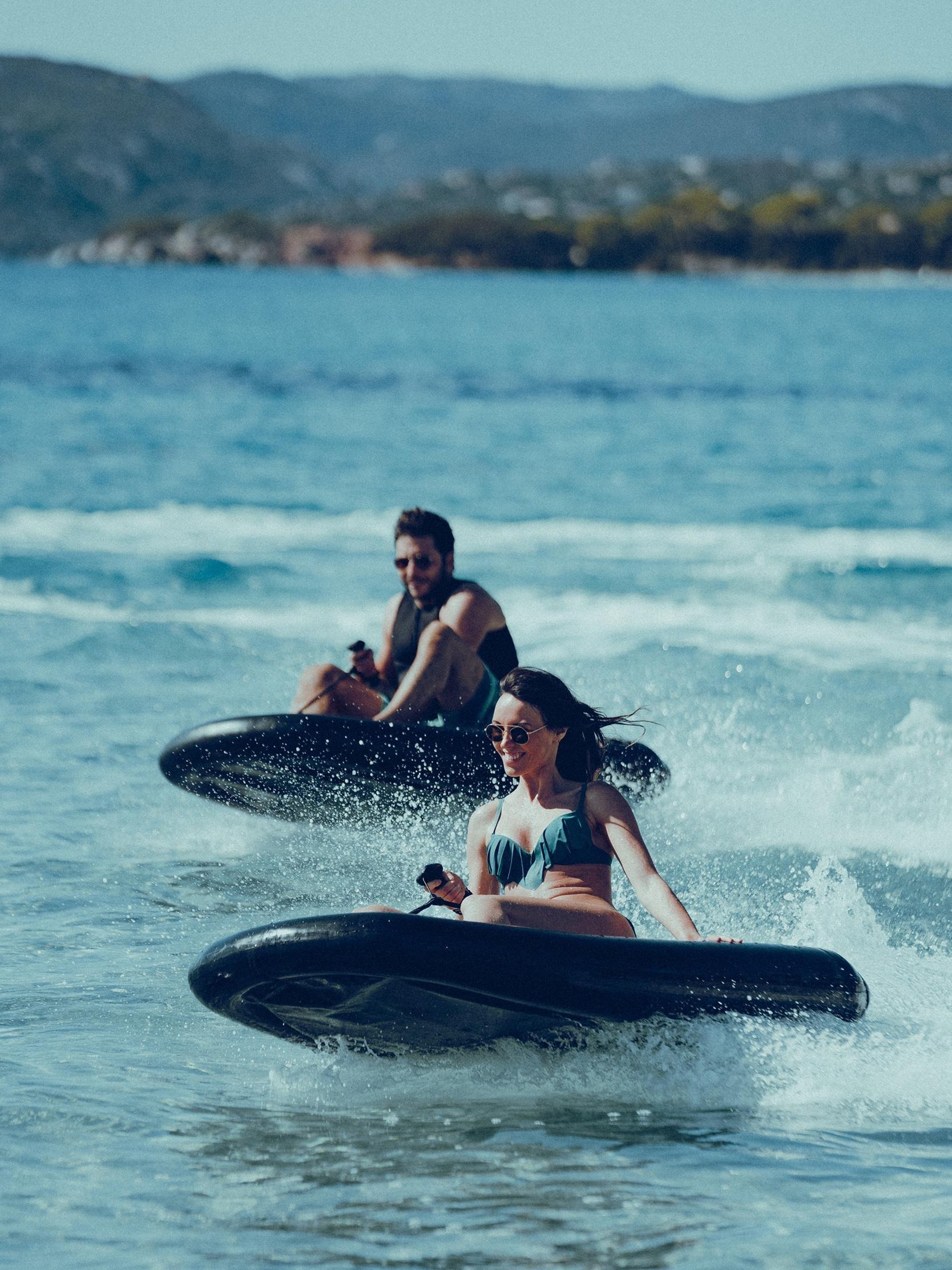 Reconciling ocean conservation with watersports was the challenge set by the designer of the Esurf R, the most efficient electric surfboard on the market. The result is a revolutionary machine that’s eco-friendly, fun and “Made in Monaco”.

Now you can surf anywhere in the world, on any body of water, powered by a revolutionary electric motor – all thanks to the Esurf R, the first product produced by Cobalt, the Monegasque company founded in 2019 by watersports enthusiast Flavien Neyertz. During his travels, the former world champion of motorised surfing saw the effects of the climate emergency and the damage humans have wreaked on the seabed. He decided to take action. “I draw my energy from the sea, it recharges me. Over the past ten years I’ve seen the impact of human activity on our seas and oceans. Some species of fish are increasingly rare; they are moving, and corals and reefs are changing. I’m convinced that we need to take action to help the yachting industry reduce its impact. Through Cobalt, I want to share my knowledge and experience, and raise awareness. I’m trying to do my bit for the planet. This is why we are donating a percentage of our sales to organisations committed to protecting our seas and oceans, or to the Fondation Princesse Charlène de Monaco.”

The story of a passion
Curious by nature, Flavien Neyertz is constantly on the lookout for innovative products. In 2011 he discovered Jetsurfing and quickly got involved in the watersport. Equipped with a motor and steered with a joystick, it helped reinvent surfing. “I became a big fan of the sport, trained hard and joined the international circuit as soon as the first races were organised.” In 2013 he became the first Jetsurfing world champion, repeating his success the following year. Although many enthusiasts fell in love with the product, it had a serious weak point: its combustion engine. Neyertz was determined to make a difference. Using his experience and connections, he put together a team of international engineers to make the sport “greener”, and the Esurf R was born: an original, electric surfboard with a sophisticated design that has already won over prestigious ambassadors such as moto GP rider Fabio Quartararo and designer Sébastien Jondeau, former personal assistant to Karl Lagerfeld.

Multiple innovations
“Cobalt sells the most powerful and lightest motor in the low tension category. We developed our electric surfboard using this technology.” Revolutionary, versatile, fun and eco-friendly are the keywords of Esurf R, which is designed to meet the needs of any user. “We came up with the Esurf Tube, an accessory that fits all our models and increases their buoyancy. When stationary, an adult weighing up to 90kg can easily stand upright. It also enables children use the surfboard safely,” says Neyertz. The company offers another accessory that is super fun: the Ekart. “It’s the first go-kart for the sea! A kit specially designed to transform the Esurf R into a kart. The user sits on their surfboard and can enjoy a new activity. You can do the conversion in just three minutes! Neyertz, who appreciates exclusivity, has partnered with street artist Jisbar to create a unique surfboard that looks like a work of art. The Parisian artist famous for sending his Punk Mona painting into space is now making his mark on the water. Other collaborations are in the pipeline.