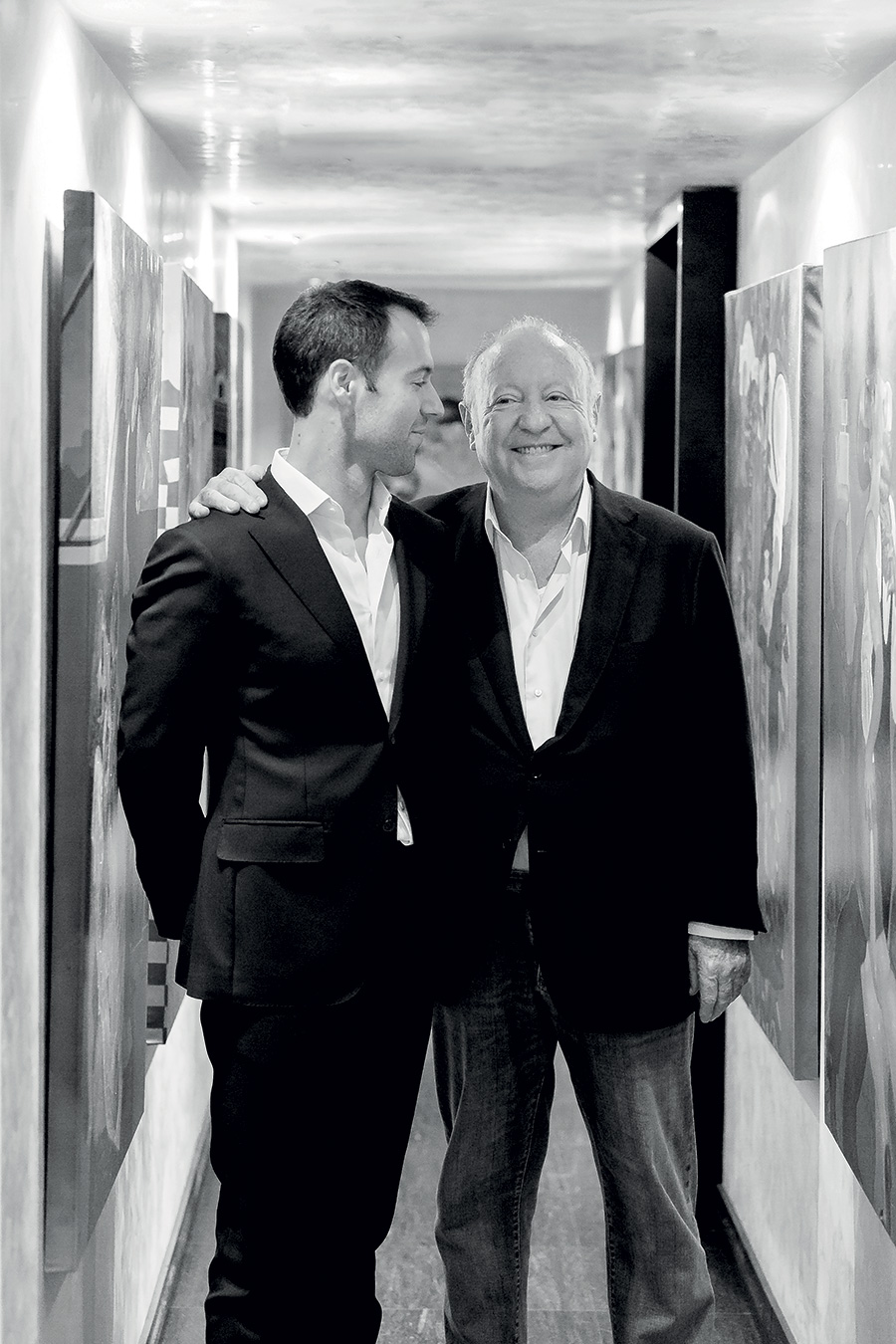 “He is my father, friend and mentor, both professionally and personally.”

This French cosmetics name is more than just a company: it’s an ambitious brand reflecting the philosophy of one man: José Eisenberg. A figure whose career path commands admiration and without question immediate respect. Our man with the broad smile and sincere handshake is driven by unconditional love for womankind, whose beauty he seeks to unequivocally enhance. A passion for beauty coupled with an obsession with innovation. He was born in 1945 in the opulence of a villa close to the Royal Palace of Bucharest, but during the communist revolution his family lost everything. “Three years after my birth, we became enemies of the people’’. He found himself stateless overnight before going into exile in Florence. “In the end I had the incredible good fortune to find myself in the world capital of fashion, art and technology. The cradle of artistic creation”. Armed with determination, the young boy transformed his destiny, becoming an apprentice in an art restoration workshop before building an empire in the textile industry in little more than a decade. An incredible journey taking him first to the United States and then Monaco, where his various converging passions led him to break into the beauty industry. It took some 10 scientists 15 years to discover what José Eisenberg called the Trio-Molecular. Combining the best of nature and science. The various skincare products, make-up line and perfume collection each reflect the principles he holds dear. Fundamentals that his son Edmond now defends on a daily basis. His mission? “To be the guardian of our temple. He has been being prepared for this since birth,” says his father. They form a complementary duo, bound together by an immense mutual respect. With their shared elegance, gentleness and romanticism, the two men evolve symbiotically, and their collaboration self-evidently resonates. “He is my father, friend and mentor, both professionally and personally,” says the 30-year-old. Art, respect, innovation... These notions run through José’s and Edmond’s veins, securing the foundations and future of the Eisenberg company.