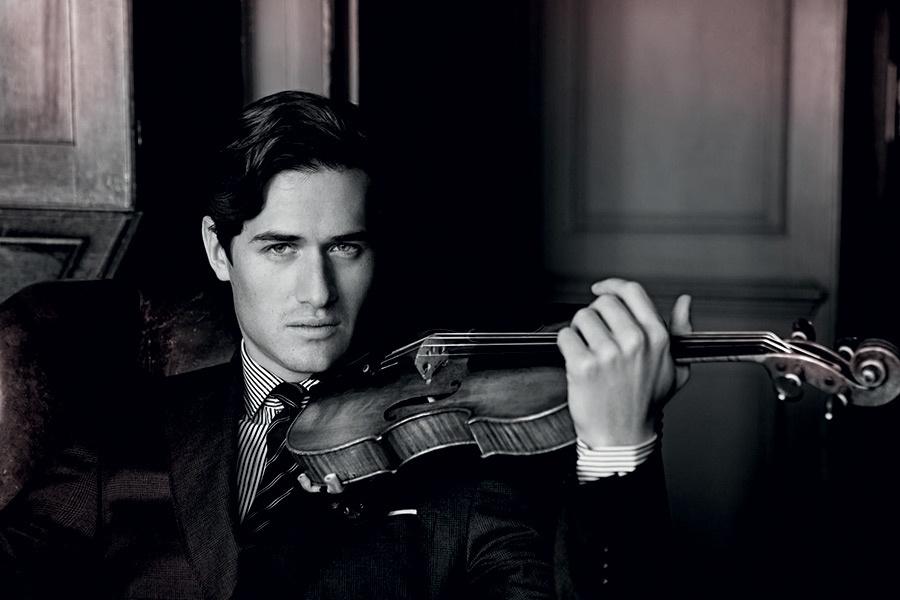 He's dusting off and glamorising classical music with help of fashion-forward looks, a British accent and a broad smile. We meet one of the most gifted violinists of his generation.

Although Charlie Siem spends most of his time between London, New York and Paris, he chose to make his home in Monaco and has been a Monegasque resident for several years now. When not off on one of his world tours, he enjoys playing concerts in the Principality and the south of France, performing recently in Beaulieu-sur-Mer. Soon too he will delight audiences at the Opéra de Nice under the musical direction of Derrick Inouye, playing Finnish composer Jean Sibelius's only violin concerto, first conducted by Richard Strauss. “My violin is an extension of my hand. Music has become my whole life, without me really realising. It was just obvious, and when I'm on stage I'm transported by the melodies of those illustrious composers. It's a personal journey into the emotions they wanted to transcribe.” At an age when most kids are captivated by Disney tunes, Charlie's attention was caught by a Beethoven piece played by Yehudi Menuhin. Having played his first scales at just three years old, he went on to study at Cambridge University then honed his art under Itzhak Rashkovsky; he is mentored by the talented Shlomo Mintz. And if all that weren't enough, the 33-year-old plays on no ordinary instrument, caressing the strings of a violin known as the “D'Egville”, crafted nigh-on 300 years ago and once owned by the great Menuhin himself. On his fourth album, Under the Stars on Sony, Charlie included his very first composition, Canopy. “Writing it was challenging but made me feel connected to the great composers and understand them better.”

Fashion icon
The other side of Charlie's life is played out in photo studios and at haute-couture shows. After giving a private performance for Lady Gaga, he has collaborated with musicians such as Bryan Adams, Jamie Cullum and The Who, while the “Kaiser of Fashion” himself, the late lamented Karl Lagerfeld, photographed Charlie for his Little Black Jacket book. Lensmen Mario Testino and Bruce Weber have also snapped the young musician, who has modelled for Dunhill, Dior Homme and Hugo Boss as well as posing for Vogue, GQ, Harper’s Bazaar and Vanity Fair. We're sure to be hearing a lot more about this globe-trotting violinist!